Really bummed I had to bug out early from our 1969 Pre-Reunion but had to get Crys to her 10 year one. I had a very special time, nevertheless. 🙂

Better to have a few rats than be one

By BALTIMORE SUN EDITORIAL BOARD

In case anyone missed it, the president of the United States had some choice words to describe Maryland’s 7th congressional district on Saturday morning. Here are the key phrases: “no human being would want to live there,” it is a “very dangerous and filthy place,” “Worst in the USA” and, our personal favorite: It is a “rat and rodent infested mess.” He wasn’t really speaking of the 7th as a whole. He failed to mention Ellicott City, for example, or Baldwin or Monkton or Prettyboy, all of which are contained in the sprawling yet oddly-shaped district that runs from western Howard County to southern Harford County. No, Donald Trump’s wrath was directed at Baltimore and specifically at Rep. Elijah Cummings, the 68-year-old son of a former South Carolina sharecropper who has represented the district in the U.S. House of Representatives since 1996.

It’s not hard to see what’s going on here. The congressman has been a thorn in this president’s side, and Mr. Trump sees attacking African American members of Congress as good politics, as it both warms the cockles of the white supremacists who love him and causes so many of the thoughtful people who don’t to scream. President Trump bad-mouthed Baltimore in order to make a point that the border camps are “clean, efficient & well run,” which, of course, they are not — unless you are fine with all the overcrowding, squalor, cages and deprivation to be found in what the Department of Homeland Security’s own inspector-general recently called “a ticking time bomb.”

In pointing to the 7th, the president wasn’t hoping his supporters would recognize landmarks like Johns Hopkins Hospital, perhaps the nation’s leading medical center. He wasn’t conjuring images of the U.S. Social Security Administration, where they write the checks that so many retired and disabled Americans depend upon. It wasn’t about the beauty of the Inner Harbor or the proud history of Fort McHenry. And it surely wasn’t about the economic standing of a district where the median income is actually above the national average. No, he was returning to an old standby of attacking an African American lawmaker from a majority black district on the most emotional and bigoted of arguments. It was only surprising that there wasn’t room for a few classic phrases like “you people” or “welfare queens” or “crime-ridden ghettos” or a suggestion that the congressman “go back” to where he came from.

This is a president who will happily debase himself at the slightest provocation. And given Mr. Cummings’ criticisms of U.S. border policy, the various investigations he has launched as chairman of the House Oversight Committee, his willingness to call Mr. Trump a racist for his recent attacks on the freshmen congresswomen, and the fact that “Fox & Friends” had recently aired a segment critical of the city, slamming Baltimore must have been irresistible in a Pavlovian way. Fox News rang the bell, the president salivated and his thumbs moved across his cell phone into action.
As heartening as it has been to witness public figures rise to Charm City’s defense on Saturday, from native daughter House Speaker Nancy Pelosi to Mayor Bernard C. “Jack” Young, we would above all remind Mr. Trump that the 7th District, Baltimore included, is part of the United States that he is supposedly governing. The White House has far more power to affect change in this city, for good or ill, than any single member of Congress including Mr. Cummings. If there are problems here, rodents included, they are as much his responsibility as anyone’s, perhaps more because he holds the most powerful office in the land.
Finally, while we would not sink to name-calling in the Trumpian manner — or ruefully point out that he failed to spell the congressman’s name correctly (it’s Cummings, not Cumming) — we would tell the most dishonest man to ever occupy the Oval Office, the mocker of war heroes, the gleeful grabber of women’s private parts, the serial bankrupter of businesses, the useful idiot of Vladimir Putin and the guy who insisted there are “good people” among murderous neo-Nazis that he’s still not fooling most Americans into believing he’s even slightly competent in his current post. Or that he possesses a scintilla of integrity. Better to have some vermin living in your neighborhood than to be one

Boise’s Lantern Float at JD Park. it turned out to be part of Crys’s B-day weekend celebration. She ordered a Ben & Jerry’s ice cream cake, we ate a nice meal at Olive Garden and also went to the movie, Pikachoo Detective at the Majestic (a new theater w extra-comfortable seating). I’m still waiting on her present to come in the mail from eBay…I got her one of those wireless guitar/amp connectors… hopefully it’ll come tomorrow. Nice start to summer.

Crys sure looks adorable in this hat, huh? We went to the Famous Motel Cowboys reunion in Garden City afterwards. Saw Phyllis, Vickie and even got a chance to say hi to Fred, too. Had a memorable time.

Trump’s contempt for the inherent power of Congress cannot stand, and lawmakers should not tolerate an Attorney General who refuses to submit to oversight

On Sunday, the chairman of the House Judiciary Committee threatened to subpoena Attorney General William P. Barr if he refuses to testify this week about the Mueller report.

But a subpoena is unlikely to elicit Barr’s cooperation. “We’re fighting all the subpoenas,” says the President of the United States.

In other words, according to Trump, there is to be no congressional oversight of this administration: No questioning the Attorney General about the Mueller Report. No questioning a Trump adviser about immigration policy.

Such a blanket edict fits a dictator of a banana republic, not the president of a constitutional republic founded on separation of powers.

If Congress cannot get information about the executive branch, there is no longer any separation of powers, as sanctified in the US constitution.

There is only one power—the power of the president to rule as he wishes. Which is what Donald Trump has sought all along.

The only relevant question is how to stop this dictatorial move.

Presidents before Trump occasionally have argued that complying with a particular subpoena for a particular person or document would infringe upon confidential deliberations within the executive branch.

But no president before Trump has used “executive privilege” as a blanket refusal to cooperate.

“If Mr. Barr does not show up,” the chairman of the House Judiciary Committee said Sunday, “we will have to use whatever means we can to enforce the subpoena.”

What could the Committee do? Hold Barr in contempt of Congress—under Congress’s inherent power to get the information it needs to carry out its constitutional duties. Congress cannot function without this power.

Under this inherent power, the House can order its own sergeant-at-arms to arrest the offender, subject him to a trial before the full House, and, if judged to be in contempt, jail that person until he appears before the House and brings whatever documentation the House has subpoenaed.

When President Richard Nixon tried to stop key aides from testifying in the Senate Watergate hearings, in 1973, Senator Sam Ervin, chairman of the Watergate select committee, threatened to jail anyone who refused to appear.

Congress hasn’t actually carried through on the threat since 1935—but it could.

Would America really be subject to the wild spectacle of the sergeant-at-arms of the House arresting an Attorney General and possibly placing him in jail?

Probably not. Before that ever occurred, the Trump administration would take the matter to the Supreme Court on an expedited basis.

Sadly, there seems no other way to get Trump to move. Putting the onus on the Trump administration to get the issue to the court as soon as possible is the only way to force Trump into action, and not simply seek to run out the clock before the next election.

What would the court decide? With two Trump appointees now filling nine of the seats, it’s hardly a certainty.

But in a case that grew out of the Teapot Dome scandal in 1927, the court held that the investigative power of Congress is at its peak  when lawmakers look into fraud or maladministration in another government department.

Decades later, when Richard Nixon tried to block the release of incriminating recordings of his discussions with aides, the Supreme Court decided that a claim of executive privilege did not protect information relevant to the investigation of potential crimes.

Trump’s contempt for the inherent power of Congress cannot stand. It is the most dictatorial move he has initiated since becoming president.This work is licensed under a Creative Commons Attribution-Share Alike 3.0 License

Hey, might I introduce my new buddy, Crys? Yep, as you can plainly see, she’s cuter’n a bug’s ear and just what this old camel needs to bring out the pup in him! When I went under the knife last month she was there by my side just like a real trooper…and carried my miserable carcass home from St. Al’s without a pout. Looks like I won’t be kick’n the bucket next year like the ol’ Devil planned, after all. And, what with such cuteness around now, I’ve every reason to enjoy that fact. Long live old dogs (and camels) who can still find themselves a bone, huh! 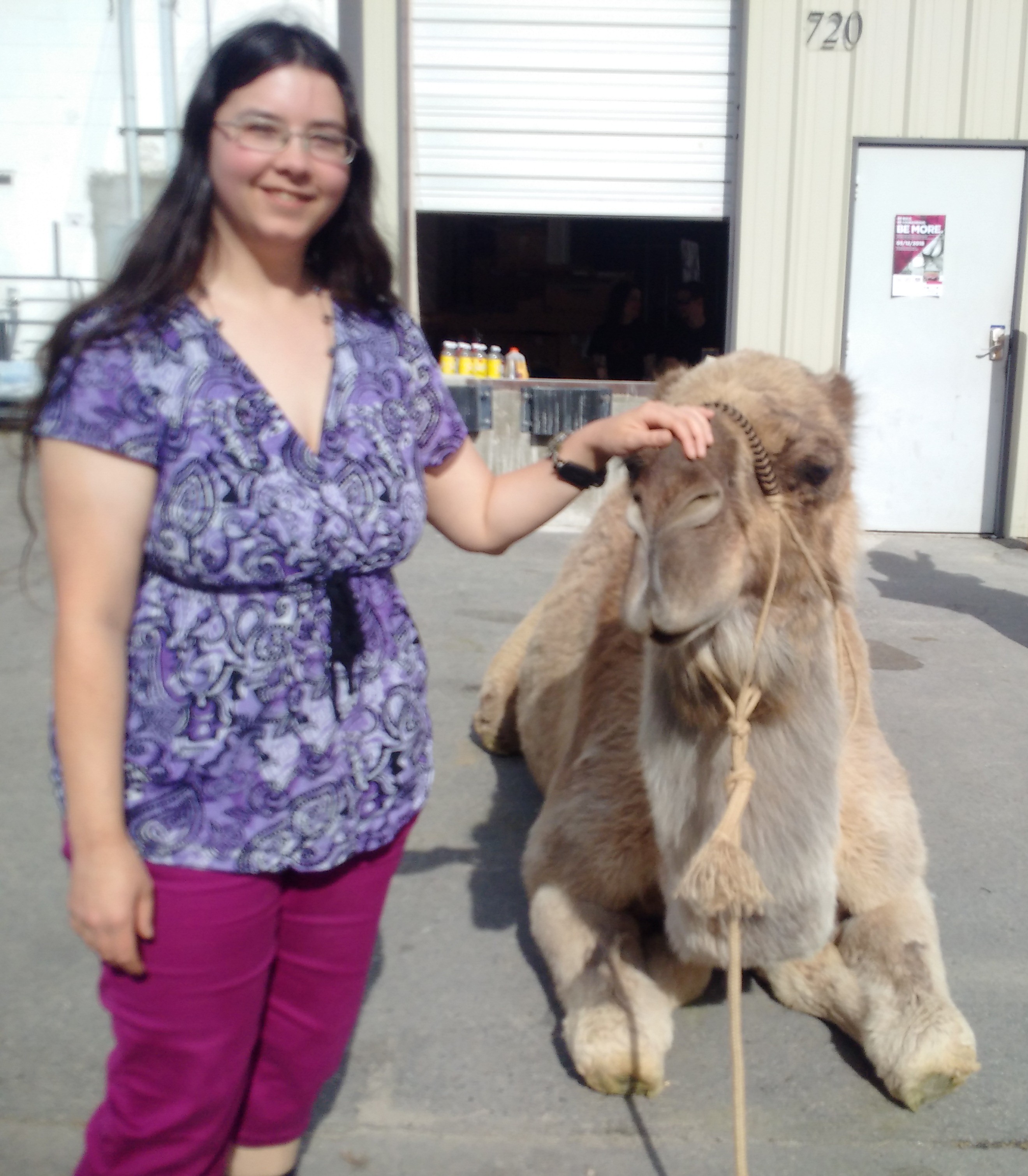 A Rather Short Piece of Autobiography of Carl Madison

My2bts's Blog
Create a free website or blog at WordPress.com.